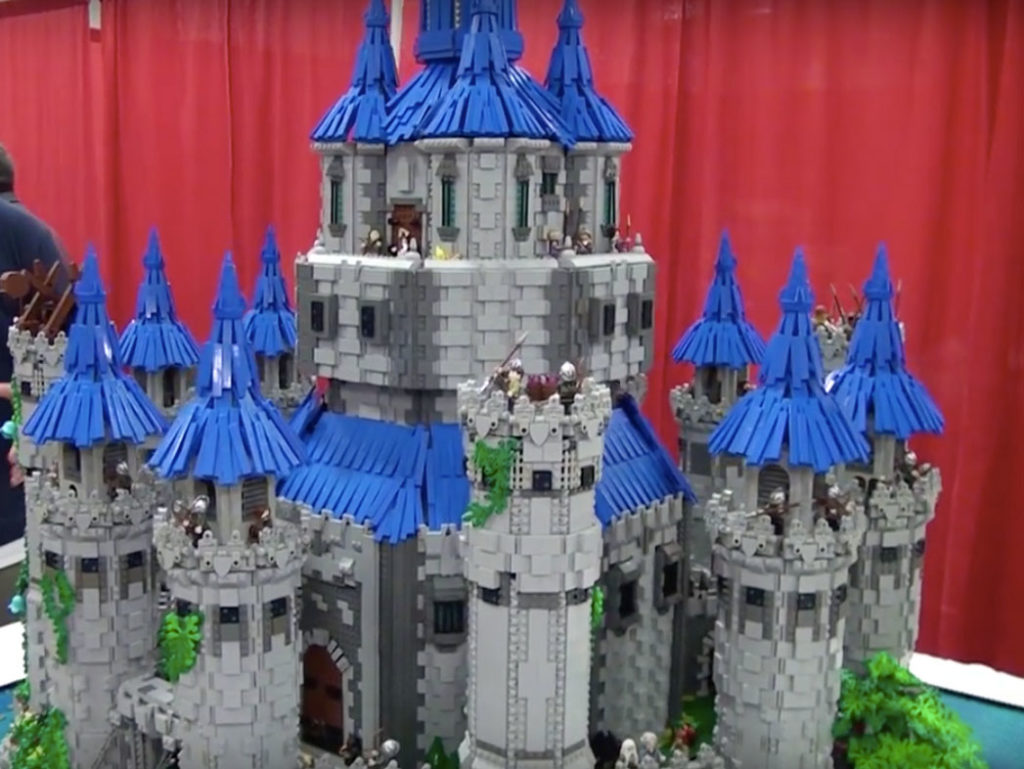 In the past I have posted some pretty incredible LEGO builds inspired by a variety of video games such as the 18,000-Piece LEGO Arkham Asylum, the LEGO Age of Empires II buildings and the Super Mario 64 recreation of the Bob-omb Battlefield with LEGO however I think this epic LEGO Hyrule Castle build from the Legend of Zelda: Twilight Princess might just blow them out of the water!

I highly recommend checking out the video below to get all the details and see all the impressive angles of the castle but a few of the noteworthy details include this taking 2 1/2 years to build and that it requires 2 cars to move since it breaks down into 40 pieces for transportation!  In the video, he also talks about the challenges of doing things like the roofs and vegetation along the castle walls so if you are interested in LEGO builds, I definitely suggest checking out the video where he also discusses which kits he got the parts from.

This LEGO Hyrule Castle is definitely one of the most impressive LEGO builds I have ever seen and its no wonder it took two and a half years to build just looking at the detail but the one disappointing thing to me is there are no mention of just how many pieces went into this monumental LEGO Hyrule Castle build.  I’d love to know just how many pieces went into creating this masterpiece!

Seeing something like this makes me wish I still had all of my LEGOs to see what I could build but since I don’t, I guess I will just go play some Legend of Zelda instead.