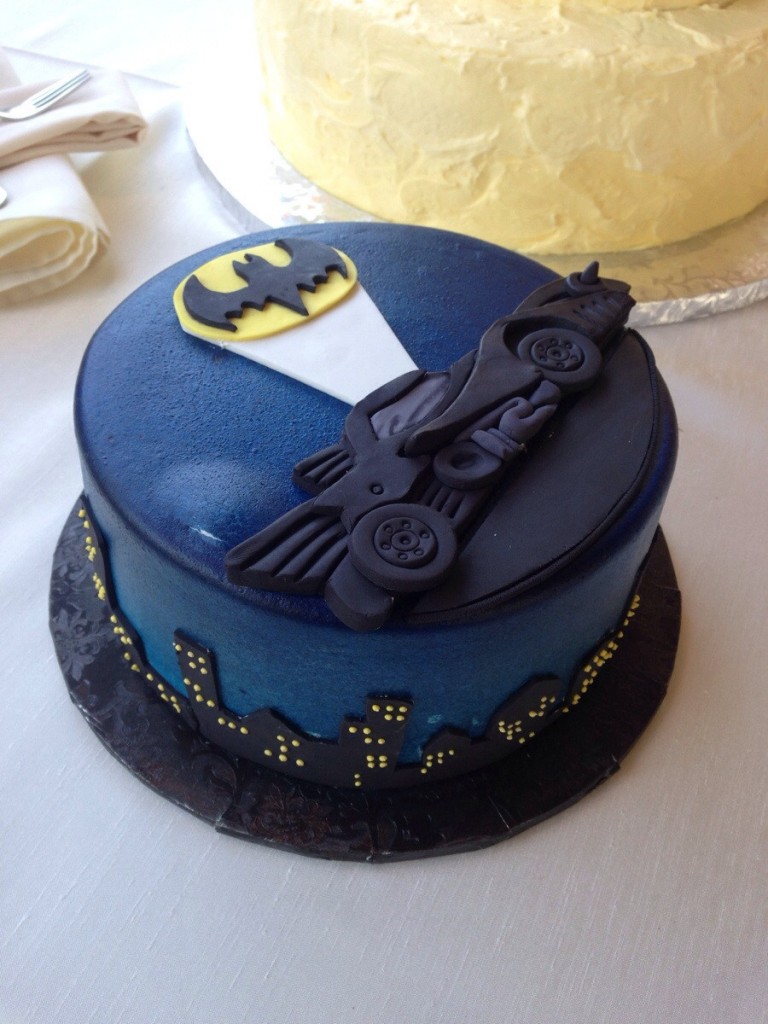 The whole marriage thing doesn’t really appeal to me for a variety of reasons but I have to admit, there is part of me that occasionally thinks about what it would be like to have a really geeky wedding.  I have long thought it would be cool to have a Klingon wedding (.

” href=”http://globalgeeknews.com/2012/10/25/britains-first-klingon-wedding-video/” target=”_blank”>similar to this one a Sweedish couple had in London) although I have seen some pretty fun looking Star Wars weddings too.  However, the one thing I can never seem to really decide on is what I should have for a cake.  I’ve posted hundreds of geeky wedding cakes on here and I would love to have any of them but I don’t know what I would want for my wedding.  Well, speaking of geeky cakes, one guy got this sweet Batman groom’s cake at his wedding!

Reddit user totallyseparate got married recently and had this awesome Batman cake for his groom’s cake!  The best man, another redditor known as mrtitkins posted this picture of the awesome Batman cake which features the Batmobile and Bat-signal surrounded by the Gotham skyline.  I think it turned out looking really good!

Congrats to totallyseparate and their spouse!  I wish them a marriage as awesome as this cake!