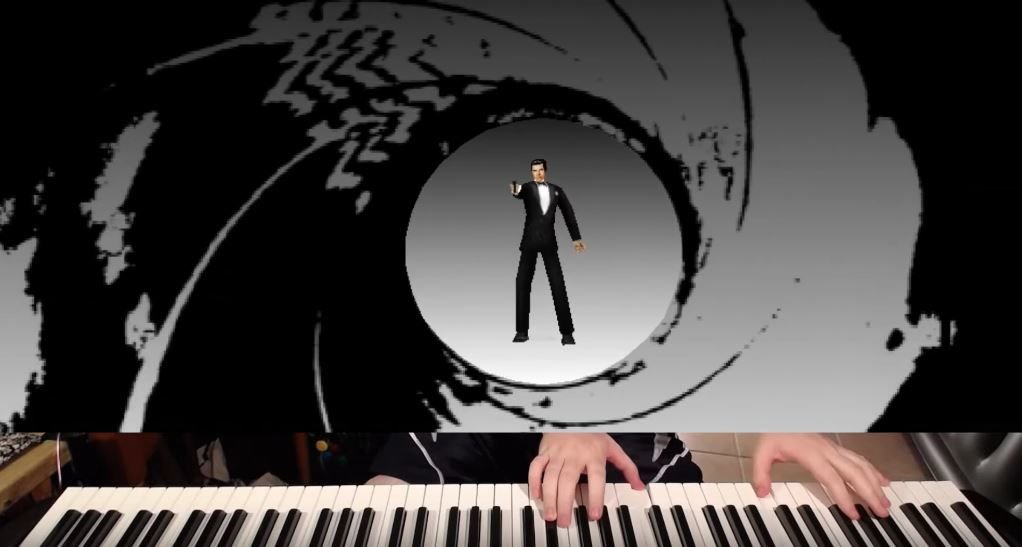 I’ve posted some pretty crazy controllers on here in the past including a working NES controller coffee table but this takes the cake.  The controls in GoldenEye 007 aren’t exactly wonderful by modern FPS standards anyway (mainly because of the single thumb stick on the N64 controller) but to try to control it with something like a piano is just nuts!  And to see GoldenEye played with a piano controller is just crazy, especially considering this is a speed run of the first level!

If there was an award for craziest, least practical, least precise and downright wackiest controller, this would win hands down!  I didn’t even know you could do something like this!

Musician Jackson Parodi apparently had the silly idea to play GoldenEye 007 using his piano as the controller and the video below is the result.  Oddly, it sounds kind of cool to hear the notes as he is using the piano to control James Bond.  At least its better than the normal controller clicks of a Nintendo 64 controller.

I guess it works from a speedrun perspective kind of at least so long as you don’t need to aim to shoot anything.  And I guess at least with using a piano you don’t have to worry about the thumbstick getting lose like they all would with the Nintendo 64 controller.  Nintendo really could use some more R&D on thumbsticks between the N64 controller and the Joy-Con problems that are happening right now on the Nintendo Switch.  Anyway…

This video is pretty cool and I have to solute Jackson for he wacky yet fun Nintendo 64 controller mod.  Who ever thought they would see GoldenEye played with a piano controller?!  I know I sure didn’t!

What is your favorite video game controller?  Let me know in the comments below!