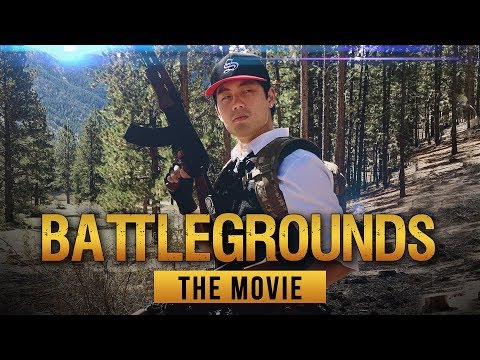 At this point I feel like I am one of the few that hasn’t played PlayerUnknown’s: Batlegrounds yet.  I have watched some streams of it on Twitch and it does look fun, I am just waiting for a nice discount on it with the Steam Winter Sale before I pick it up.  However, I have been an FPS gamer long enough and seen enough PUBG that I am still able to truly appreciate this hilarious Battlegrounds: The Movie fake trailer.  Whether or not you have actually played the game or even seen it, you will likely still find yourself laughing hysterically at this fake trailer.

This hilarious BATTLEGROUNDS: The Movie fake trailer was created by YouTube user nigahiga.  I’d say they did a rather incredible job with it!  The writing is great, the acting is fantastic and the overall production quality is top notch!  Its unfortunate its just a fake trailer because I would love to see an entire movie of this!  6 Minutes and 50 seconds just isn’t enough!  I can’t wait to see what these guys come up with in the future because this is comedy gold and I definitely want more!

Whether you are a PUBG fan or not, if you don’t like this video, you might want to check you pulse because you are probably dead.

Do you play PUBG?  Have you encountered this scenario before when playing the game?  Let us known in the comments below!