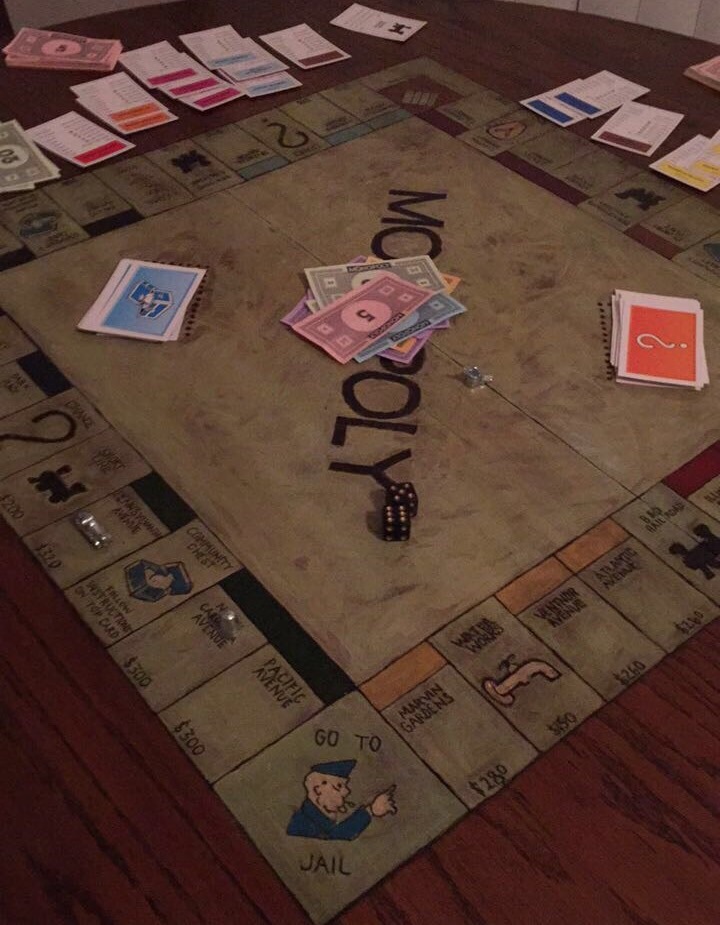 I can’t say I have ever been big into tabletop gaming although I have played a lot of the classics from Battleship to Connect 4.  However, while I do enjoy games like that on the rare occasion, my favorite board game has always been Monopoly.  These days I stick to playing the digital versions of Monopoly or I play the game on Tabletop Simulator but apparently there is one person out there that loves the game and plays it so much they decided to make themselves a wood burned Monopoly board table!

While browsing Reddit the other day, I came across a post in r/mildlyinteresting which I found to be pretty cool where apparently the submitter’s cousin made this really awesome wood burned Monopoly board table!  I suppose if you love the game and play it a lot it only makes sense to burn the Monopoly board into your table rather than having to take it out of the box every time.

There aren’t any real details about this wood burned Monopoly board table except that the colors done with acrylic paint and then a wood finish was applied.  I have no idea how long it too to create but I’d say it was time well spent since this is one sweet looking Monopoly table!

However, I do see two problems with this wood burned Monopoly board table project.  First, how will you stick your money under the board to keep it organized and prevent thieves from stealing your money?  Second, and perhaps most importantly, now when you flip the table, your opponent will only have the game pieces flying in their face and not the board game too.  Oh well, acceptable trade-offs for something this cool I suppose.

Do you have any geeky wood work projects like this that you think we would like to see?  Let us know in the comments below!