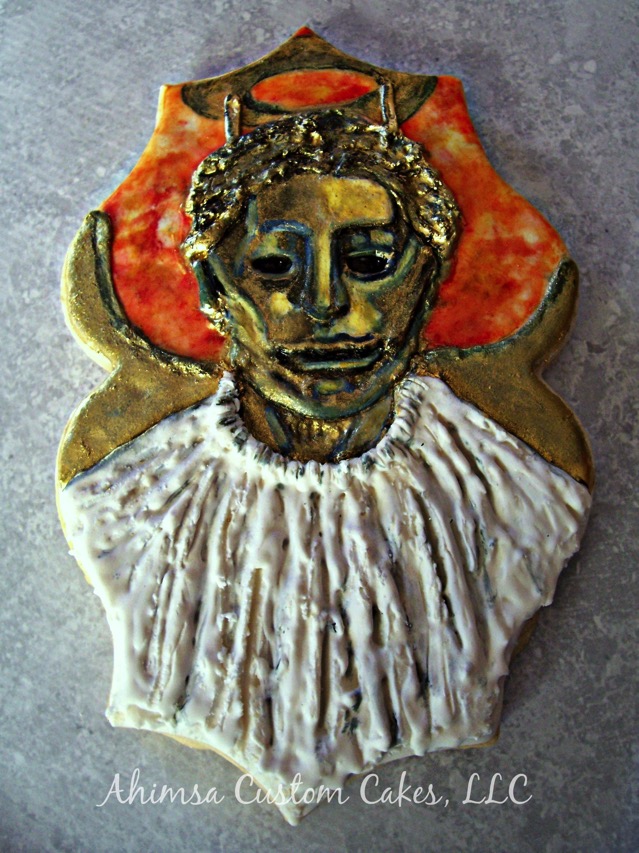 Sometimes it amazes me just how much effort people will put into making something that will just be eaten a short time after its made.  I suppose if I am going to put a lot of effort into something, I want to last a while.  However, if everybody felt that way, I wouldn’t have all of the amazing cakes and cookies and cupcakes on here that I post fairly often.  Speaking of which, I stumbled across this amazing Doctor Who Heavenly Host cookie that I knew I had to share with you all!

One of my favorite Doctor Who Christmas special’s is the Voyage of the Damned where the Doctor is on the space cruise Titanic ship which is in danger which is where this delicious looking Doctor Who Heavenly Host cookie comes from.  The Heavenly Host’s were robots meant to assist passengers before they ended up turning evil.

[via Between the Pages]