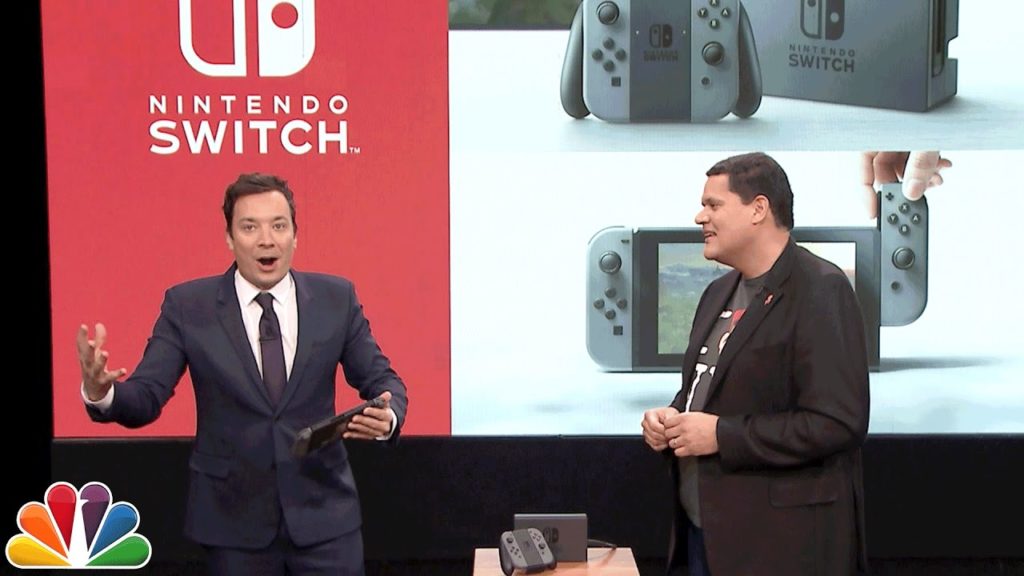 Ever since Craig Ferguson left the Late Late Show, I have pretty much stopped watching the late night talk shows.  Both him and Jay Leno were my favorite hosts and without them, I just have no interest.  However, sometimes there are segments from one of the late night shows that is worth watching and this one demonstrating the new Super Mario Run and Legend of Zelda: Breath of the Wild is definitely worth watching!

Super Mario Run is the new mobile game from Nintendo where you are Mario (of course) and you are running around and jumping and trying to collect coins.  From this demonstration of the game on The Tonight Show with Jimmy Fallon, it looks like a pretty fun Mario game!  Whether it will have the success of Pokemon Go remains to be seen of course but I can’t help but feel it isn’t going to live up to its full potential because its an iOS exclusive which means a lot of Android lovers like myself won’t get to check it out.  But for $10 when it is released, it looks like a pretty fun Mario game!

Now of course Super Mario Run wasn’t the only reason that Reggie Fils-Aimé and Shigeru Miyamoto stopped by the Tonight Show with Jimmy Fallon.  They also brought the Nintendo Switch with them running the upcoming Legend of Zelda: Breath of the Wild.  This is the first time we have seen the hardware running a game which is exciting in itself!  I’m still a bit skeptical of the Switch mainly because of things like not knowing what the battery life is going to be like but demonstrations like this have me hopeful because it does look like a lot of fun!

Anyway, I’ll shut up now and let you guys watch this video from The Tonight Show of the demonstrations of Super Mario Run for iOS and Legend of Zelda: Breath of the Wild on the Nintendo Switch.