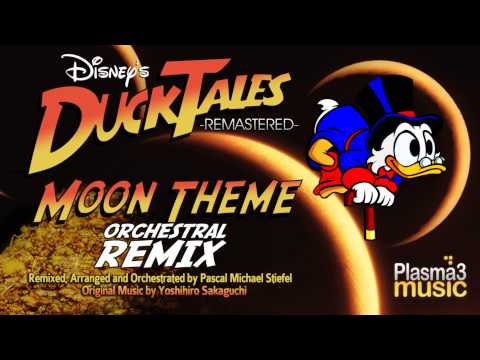 One of my favorite games to play on my NES growing up was DuckTales.  I think I may have loved the game just as much as the cartoon back then if not more!  Well, while I don’t play it on my NES anymore, I do play the remastered version that can be found on Steam and just about every other gaming platform.  So as you can imagine, when I stumbled across this DuckTales Moon Theme orchestral remix, you can imagine my excitement, especially those of you who know I have a huge love for orchestral music!  I mean orchestral music is great anyway but the DuckTales Moon theme is one of the best songs in video game history in my opinion so combining the two is fantastic!

The original music was created by Yoshihiro Sakaguchi but this DuckTales Moon Theme orchestral remix was remixed, arranged, orchestrated and created by Pascal Michael Stiefel.  I’d say he did a rather incredible job with this orchestral version!  It has definitely given me the urge to fire up some DuckTales and play a couple of levels.  Or just have this video loop the rest of the day.  I’m nto sure which.

For those who haven’t played the game, whether you check out the original or the remastered version (my recommendation since it is basically the exact same game and has all of the original voice actors from the cartoon in it), I highly recommend giving it a try.  It is an absolute classic that was one of the best games ever made for the NES and I think the music like this DuckTales Moon Theme orchestral remix is just as memorable as more well known games like Super Mario Bros or the Legend of Zelda.