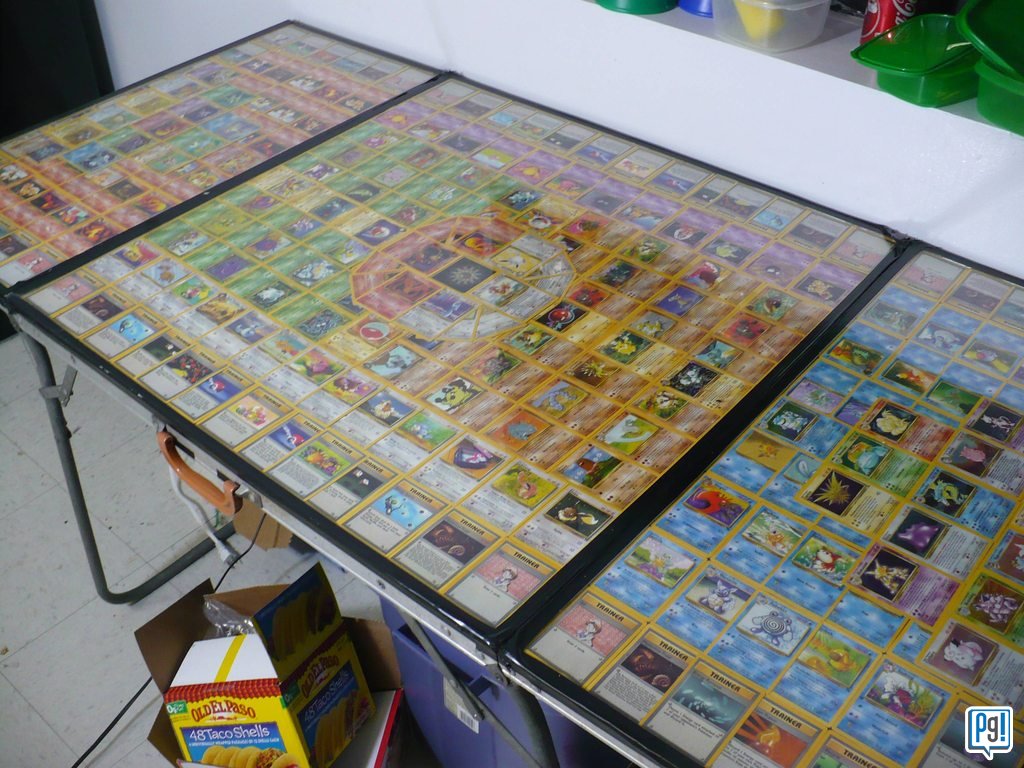 While I have never been interested in beer much less playing beer pong, I did enjoy collecting Pokemon cards as a kid.  I’m not sure what I ever did with my collection but I had some decent cards like a 2nd edition Charizard, a Raichu and a ton of others that were worth a little money at the time.  However, much like the Game Boy games, when they started introducing hundreds of new Pokemon, I game up on the card game as well.  Oddly, I never played with the cards but I did play the Game Boy version of the card game.  Anyway, for fans of both the Pokemon card game and beer, I think I have found a table you will love!

This awesome Pokemon card game beer pong table was created by Tom Sejkora.  As for how this table was built, the cards were glued on to the table (the center ones made to look like a Pokeball) and then it was covered with a few coats of polyurethane.  After that, an acrylic sheet was glued on top of the cards with epoxy while silicone and electrical tape were used to waterproof it (probably an important thing for a beer pong table).  The end result is a table big enough for a pyramid of 15 cups on each side.

Share this with any Pokemon fans and beer pong enthusiasts you know!  Also, if you have a Kindle, subscribe to Global Geek News on the Kindle!