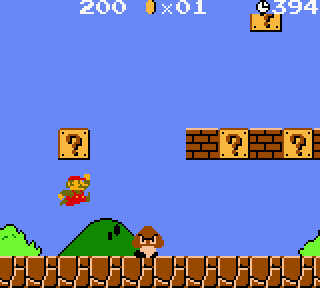 When I was a kid, I had to learn how to play a recorder in school (the instrument, not an actual recording device like a VCR because I was already an expert at that) and I hated it.  Its not that I hated learning to play music, I just hated the sound of the recorder.  I would have much rather had to learn to play something a little more enjoyable to listen to like a tin flute or even a guitar.  However, if I had known about this instrument, I would have been begging my school’s music teacher to let us play it instead!

The obviously talented girl in the video below is play a sheng, an ancient Chinese mouth-blown free reed instrument consisting of vertical pipes (according to wikipedia).  Until I saw this video, I had never heard of the sheng but after seeing this, I hope it gains in popularity because I would love to see it a lot more!  When it comes to playing the music of Super Mario Bros, this is obviously the perfect instrument!

I suppose it is never too late for me to learn to play an instrument but I am quite sure that none of the local music shops has one of these things.  Oh well, I don’t really have the time to put into mastering an instrument anyway.

Skip to 20 seconds in to get to the good stuff.  I tried making the video start there but YouTube isn’t my friend today.