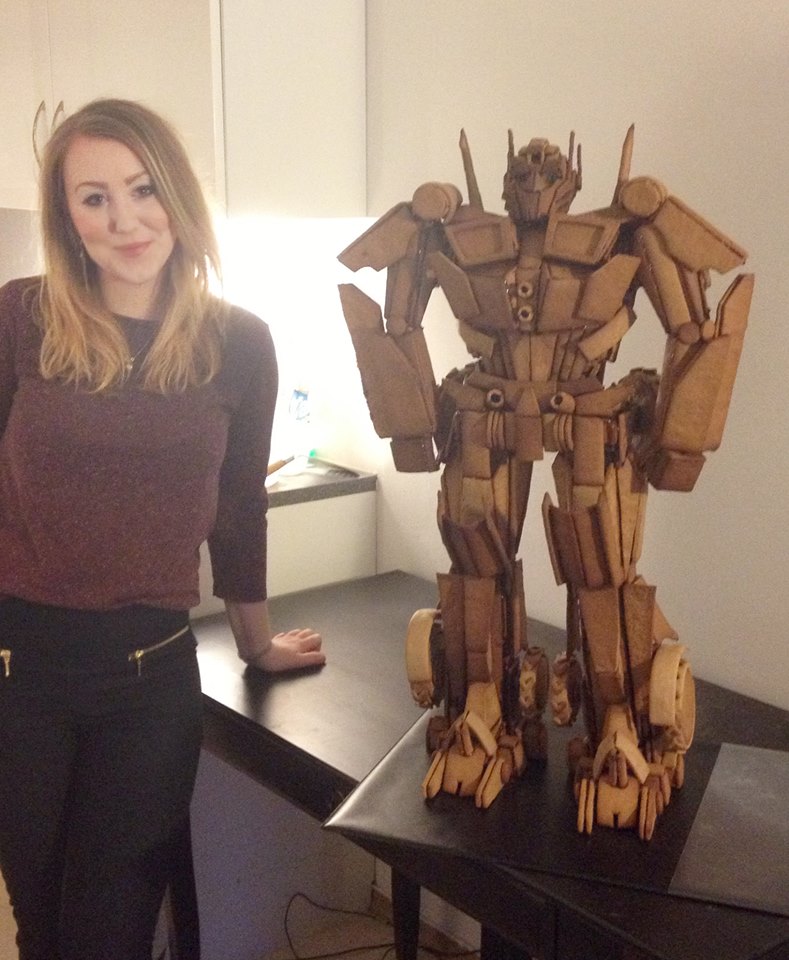 As much as I hate to admit it, I never got into the whole Transformers craze.  I suppose it has something to do with the fact that the show was on before I was born (well, I was alive for the last few months of the show according to wikipedia).  However, I know a lot of people that are obsessed with the Transformers whether it was from the cartoon all those years ago or the more recent movies and for those people, I thought I should highlight this amazing gingerbread Optimus Prime.

I’m not sure of the girls name that created this epic Optimus Prime gingerbread sculpture but it is apparently the friend of Reddit user downvotedagain.  This girl spent a week and a half building this gingerbread Optimus Prime out of 700-800 pieces and she won a gingerbread contest with it that got her around $6500 (she is from Sweeden).  I’d say that’s not too bad for a week and a half of work!  Apparently she is going to spend the money on a trip to Bora Bora which sounds rather nice this time of year.  Congrats to her!

I am definitely impressed!