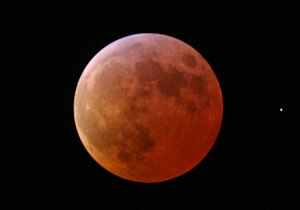 If you live in North or Central America, tonight is the first time in nearly 3 years that you can see a total lunar eclipse.

The last one visible from North America was on February 20, 2008.  There won’t be another one visible to the whole continent until April 14-15, 2014.  That is a rather long wait if you don’t get to check it out tonight.

It is supposed to be mostly cloudy around here so I won’t likely get to see the spectacular event in person although I have seen several in the past.  For those who aren’t able to watch the event because of weather or whatever, NASA is going to be streaming the eclipse which you can watch here.