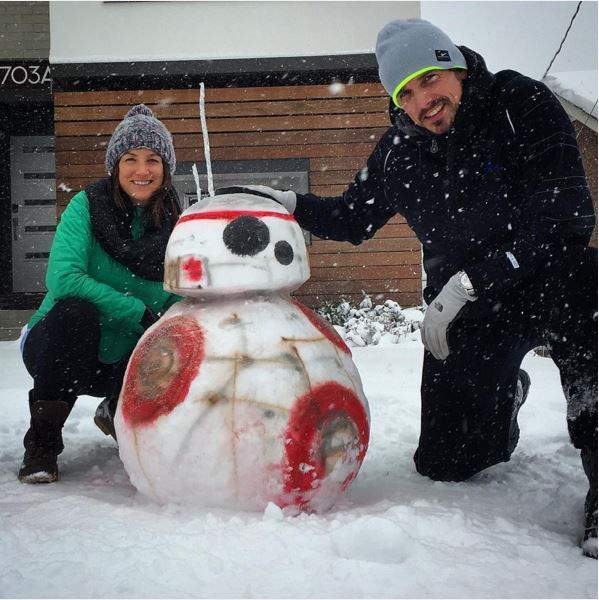 While I do feel bad for all of those that have been buried under a pile of snow the past couple of days, big storms like that are usually great news for me because it means geeky snow lovers will go create something awesome in the snow.  In the past, I have featured some incredible snow sculptures created by fellow geeks like the Darth Vader and R2-D2 snow sculptures, an incredible Tauntaun snow sculpture and a mind blowing Legend of Zelda Triforce snow sculpture.   Well, to add to the list of Star Wars snow sculptures, this morning I came across a cool BB-8 snowdroid!

This awesome Star Wars: The Force Awakens inspired BB-8 sculpture was created in Nashville by Jeremy Skates and his friend.  I’d say they did a pretty good job!  This makes me want to go see the movie even more.

Yes, I know I’m a bad geek for not having seen the movie multiple times already but I hate movie theater crowds so I decided to hold off until I don’t have to worry so much about some little kid kicking my seat the entire movie and being stuck with a bad seat.

If you are one of the millions that is buried under snow and takes advantage of the situation to create some geeky snow sculptures like this BB-8 snowdroid, please send us pictures with the contact us link above!  I want to feature them!

This is definitely the snowdroid you are looking for and its probably the most colorful snow sculpture I’ve ever seen.  I wish I could go build something like that but its been such a warm winter here we haven’t had any snow in over a month and its been in the 70s which is very unusual for a winter in Colorado.