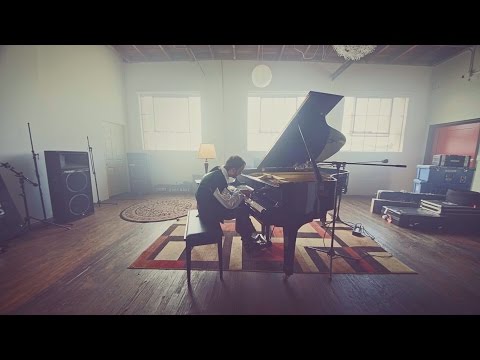 Just like everybody else, I am a huge fan of not only the Legend of Zelda games, but the music from them too!  I really don’t think there is a better game soundtrack than the one for Ocarina of Time.  To give you an idea just how much I love Zelda music, I play the Legend of Zelda symphony CD that was included with one of the games some years back all day during work since it helps inspire me and keep me motivated throughout the day.  Anyway, speaking of incredible Zelda music, I happened to stumble across this video of a fantastic Legend of Zelda piano medley that I knew you all would love!

This video was created by Kurt Hugo Schneider and features his roommate Andy Johnson playing an absolutely incredibly Zelda piano medley that he composed.  As you will see in the video, Andy can seriously play!  I wish I had musical skills like he does!  The coordination and speedy hands required to do this blow my mind.  Oh, and the video is beautifully shot as well!

This Zelda piano medley definitely brings back some fantastic memories of my childhood spent playing the various Legend of Zelda games.  It also makes me crave a little Zelda gaming right now so I think as soon as I finish this post, I am going to go play some Majora’s Mask.

I’ve posted a number of other Zelda musical creations in the past like the metal Zelda music medley and I am curious to know, which is your favorite?  And which Zelda game do you think has the best music?  Let me know in the comments below!  And if you have any musical talents like Andy, let me know and perhaps I might just feature you on Global Geek News if you play something as geeky as this beautiful Zelda piano medley!