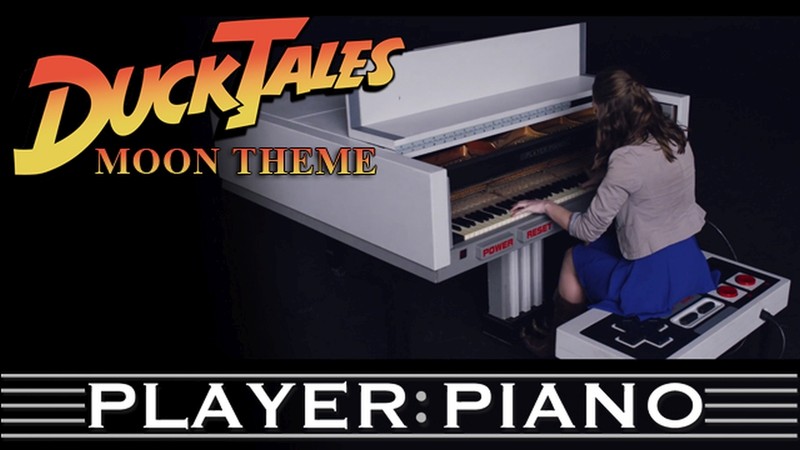 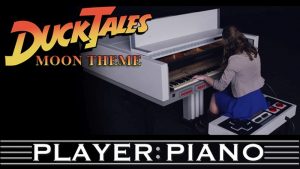 One of my all time favorite games is DuckTales on the NES.  The new DuckTales Remastered game that is available on pretty much every platform (I have it on Steam) is just as good since its the same game with a modern coat of paint so even if you don’t have an old NES lying around and want to pick the game up off of Ebay, you can still give the classic a go which I highly recommend.  Speaking of the game, one of the things that made it so great was its music.  And like many, one of my favorite pieces of music was the DuckTales Moon theme music.  Speaking of the DuckTales Moon theme, here is an incredible video I found of it being played on an NES piano!

The YouTube channel Player Piano created this video of Sonya Belousova playing the DuckTales Moon theme on a piano that looks like a Nintendo Entertainment System complete with an NES controller bench!  If you haven’t seen one of the Player Piano videos before, you are in for a real treat because not only is Sonya absolutely gorgeous but she is perhaps the most talented piano player I have ever seen!

If you are bored, after watching this video I highly suggest checking out some of the other videos on their channel because this is only one example of the great nerdy piano videos they have posted.  Another great one worth checking out is the Super Mario Bros medley on this NES piano that I posted about last year.

I can’t speak for anybody else, but I think I actually prefer this piano version of the DuckTales Moon theme to the original game music.  Let me know which you prefer in the comments below!

DuckTales Moon Theme on an NES Piano by Player Piano