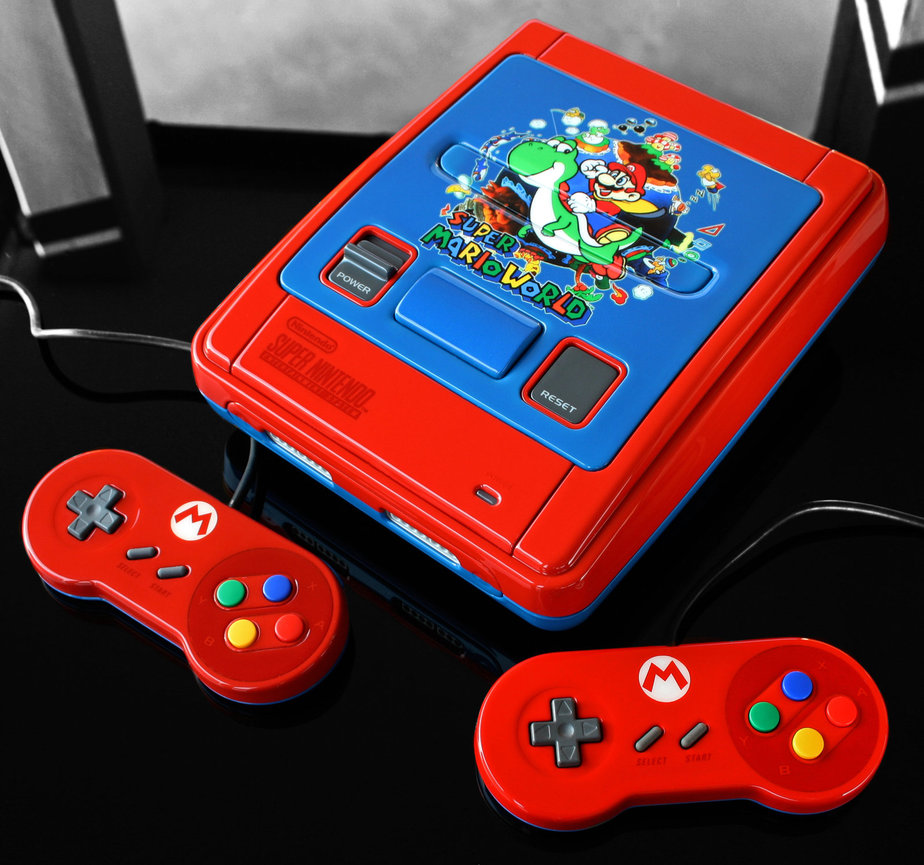 Speaking of Super Mario World, DeviantArt user Zoki64 gave this Super Famicom an absolutely stunning Super Mario World paint job.  I have posted a lot of really cool video game console mods and paint jobs in the past but this one might just be my favorite and it is definitely the shiniest!

The beautiful bright colors and incredibly shiny finish (thanks to automotive clear coat) are on glorious display in the video below that lets you see this Super Mario World Super Famicom console and its controller in all of its glory.

Zoki64 has done a bunch of other console and handheld paint jobs in the past so if you want to check out some of his other incredible work like a Super Mario All Stars SNES, a Legend of Zelda Twilight Princess GameCube, a Kirby’s Dreamland Wii and many others, check out his gallery.

I had a SNES as a kid rather than a Super Famicom but after seeing this Super Mario World Super Famicom, now I kind of really want one.  Ebay here I come!  Does anybody want to paint it for me to look like this when I do find one?