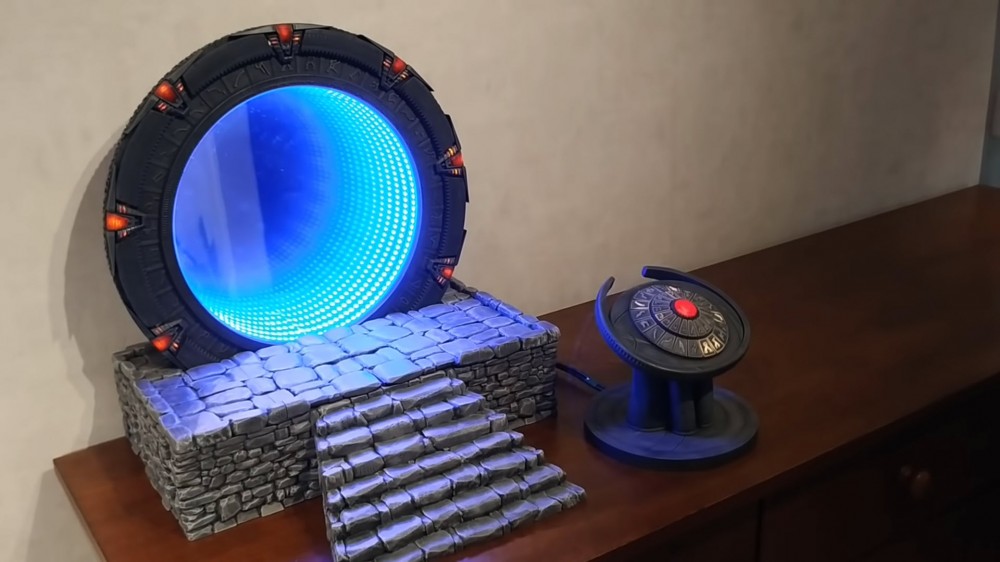 One of these days I will get around to learning how to do some hardware hacking and building things that run off of something like the Raspberry Pi or Arduino but I’m really more of a software guy.  That said, while I would generally prefer to create software, seeing stuff like this amazing DIY Stargate powered by a Raspberry Pi is amazing and I want it!

Like many of you, I am a big fan of Stargate franchise, especially Stargate SG-1 so when I saw this amazing DIY Stargate powered by a Raspberry Pi, I called up Santa and asked him why he didn’t bring me one but all I got was his voicemail.  However, for those that would rather build their own Raspberry Pi powered Stargate than wait for Santa to bring one, you are in luck!

This amazing DIY Stargate powered by a Raspberry Pi was created by the obviously insanely talented Kristian Tysse.  This Stargate has it all from working lights and sounds to working chevrons and even the DHD that is used to dial the gate!  You can see it in action in the video below!

And the best part is, if you want to build you own, you can because Kristian has put all of their designs and everything up so that anybody who wants to build one for themselves, can do just that!  They have everything from wiring diagrams to the audio files to the 3D printer files and parts list and more!  If you are interested in building your own, go check out The Stargate Project.

Apparently this will be going up for auction at some point so that is probably the only chance I will have at getting my hands on one of these since working with hardware is totally foreign to me.  Fingers crossed that I can win the auction!  And if any of you bid against me, you might get banned (j/k…. or am I?)

And after you build yourself a Stargate, go enjoy some Stargate cake!