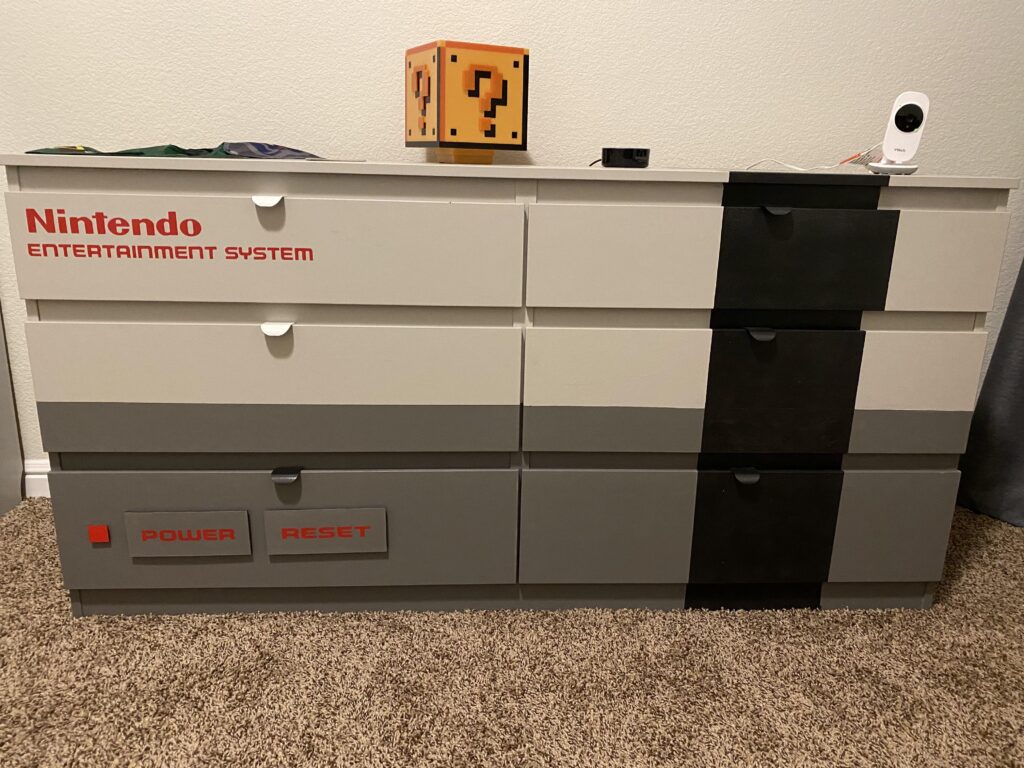 There are certain things about my childhood furniture that I miss like my bunk bed that had a desk under it, but I never had anything this cool.  The dressers I had as a kid were just your plain, run of the mill dressers that you would get at any furniture store.  However, there is one lucky kid out there whose mother painted this NES dresser just for him!  Why couldn’t I have a mom this cool?!

I was browsing Reddit last week (something I seem to be doing a lot more of now that I am unemployed) when I happened to stumble across this incredible custom painted NES dresser that one mom made for her son.  It was made from a Ikea Kullen dresser.

This was posted by Redditor El-Beaner who is showing off his wife’s incredible paint job with this Nintendo Entertainment System dresser.  Apparently he is more of a gamer than his wife but she must have a love for the classics if she can do something this impressive!

The only unfortunate part of it all?  The kid isn’t even 2 yet so they don’t have an appreciation for how amazing this is.  I didn’t get my first NES until I turned 2.  The good news though is that dad is planning on introducing him to the classics with the NES and SNES which is how I think all kids should be brought up with video games.  Introduce them to the classics before they get their hands on the new stuff so they know where we have come and can understand where gaming is going!

Enough of my gaming parenting thoughts though.  Now I want to figure out how to do something this cool with my furniture!

Share this custom painted NES dresser with any gamers and NES lovers you know!  Make sure to join our awesome community of geeks on the Global Geek News Facebook page and follow my Twitch channel for some streaming I’m about to start doing including playing some old classics like NES games!