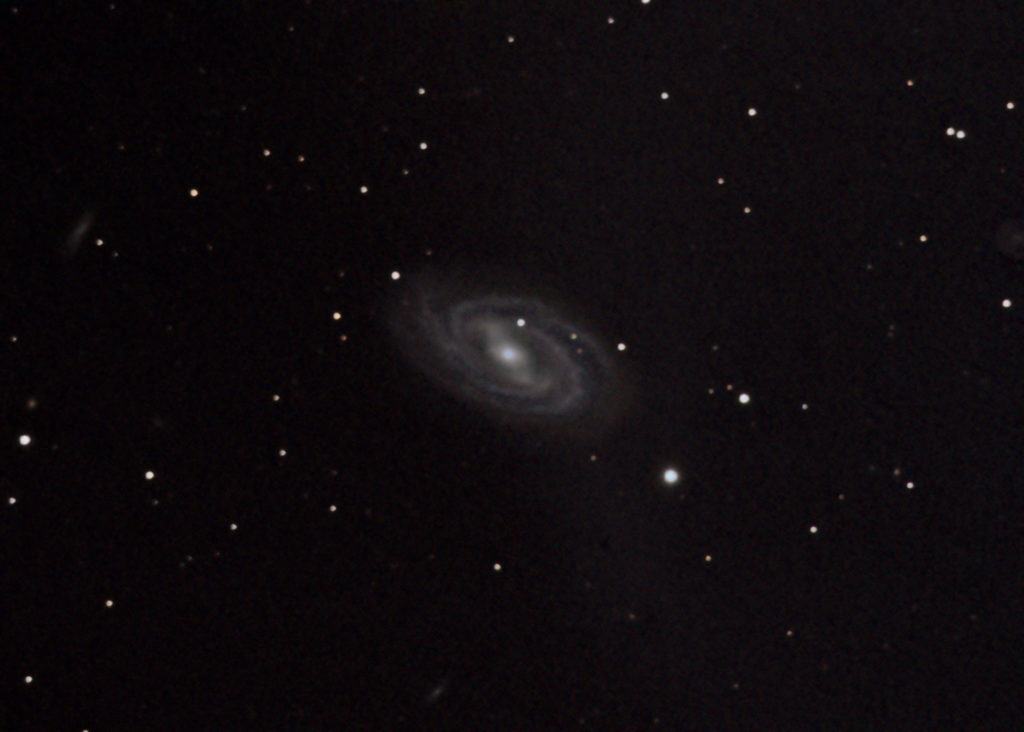 I have to admit, I feel kind of ashamed posting such a garbage looking image for all of you to see.  Its certainly not my best astrophotography image although perhaps not my worst either.  A few nights ago I got out and shot this image of the spiral galaxy M109.

I’m not 100% sure why this image is so bad but I expect light pollution is probably one of the biggest problems.  The part of the sky that the galaxy M109 was over the night I was shooting it is a rather light polluted part of the sky because it was in the direction of the central part of the city I live in.  Combine that with light pollution from the Moon (my arch nemesis), I think it just ended up resulting in a lot of noise and color gradients and other crap in my shot of M109.  I also took longer exposures than normal (about 2 hours worth of 4 minute exposures) so that might have played a roll too.

I’m sure I will re-shoot it at some point just to get a better image or perhaps try processing it again to see if I can do better when I learn some more image processing techniques but for now, this is my shot of M109, a  barred spiral galaxy exhibiting a weak inner ring structure around the central bar approximately 83.5 million light-years away.

Feel free to share this with any space enthusiasts you know!  And make sure to join the discussions with our awesome community of geeks over on the Global Geek News Facebook page.

If you have any suggestions for things I should shoot, let me know and I will consider adding them to my list of items that I want to shoot.  I’m always open to suggestions!