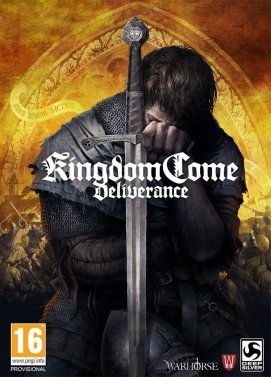 As promised, I am doing my best to post about any free games (mostly PC games) that I come across so that all of you can get in on the good deals as well.  So today I have another free game for you in the form of Kingdom Come: Deliverance.  Whether its a good game or worth your time, I have no idea since I don’t think I’ve ever even heard of it since I don’t play these sorts of games much but it would have to really suck to not be worth the price of free so you should be safe.

So what is Kingdom Come: Deliverance?  Here is the description from the Epic Games Store page.

Kingdom Come: Deliverance is a story-driven open-world RPG that immerses you in an epic adventure in the Holy Roman Empire. Avenge your parents’ death as you battle invading forces, go on game-changing quests, and make influential choices.

If that isn’t quite enough to grab your interest in the game, check out the trailer for it which I have posted below.  If you are wondering what others think about the game, it has a Metacritic score of 76 with a user score of 8.1/10.  So it certainly sounds like its at least worth the price of admission!

If you are interested in picking up this game while it is free, head over to the Kingdom Come: Deliverance store page over on the Epic Games Store.  The giveaway looks to last until 2/20/20.

Share this with any PC gamers and RPG fans you know!  They will appreciate your sharing the love!  Make sure to go like Global Geek News on Facebook as well where we have a very active community and we would love for you to join it and have some fun with all of the cool stuff that I post over there!