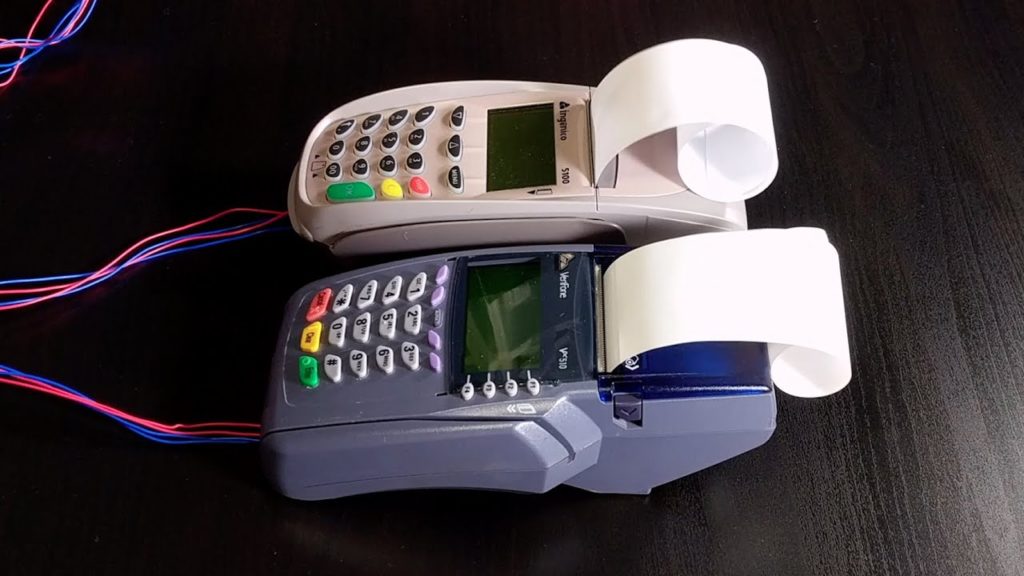 It never ceases to amaze me the things that people can turn into musical instruments.  I’ve seen and posted about everything from floppy drives to hard drives and electric toothbrushes being used to play iconic and geeky music and this is another new one for me, credit card machines.  This time we have the Super Mario Bros theme played on credit card machines!  And it sounds better than you would suspect!

This video comes from the awesome YouTube channel Device Orchestra which takes devices like credit card machines and wires them up to be used to play music.  In the past, I have featured one of their creations where they played the Legend of Zelda theme on toothbrushes (which is totally worth checking out too if you haven’t seen it already) and this one is just as awesome even if the googly eyes aren’t included this time.

Have you ever made music with any unusual “instruments”?  If so, tell me about it in the comments below and feel free to share video of your strange musical instrument talent!

Share this with any Super Mario Bros fans you know!  Make sure to take a second to like Global Geek News on Facebook since it is far more active than here with a great community and lots of fresh, geeky content!