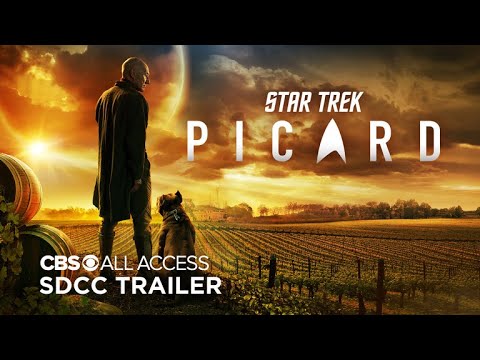 Being a huge Star Trek fan, I have been anxiously awaiting to see what the new Star Trek: Picard series is like.  I have long been terrified it will end up being like Discovery in which case I won’t go near the show.  However, after seeing the newly released Star Trek: Picard trailer, I am at least more interested in the show than I feared I would be.  It almost makes me wish I had gone to San Diego Comic Con just to see this in person!  Maybe someday I will make it to SDCC.

I won’t spoil the trailer because there are some big surprises with some familiar faces, so check out the video below!

What do you think of the trailer?  Are you excited for the show?  Let me know in the comments below!  And just a fair warning, expect spoilers in the comments so make sure you watch the video before you scroll down!  And share this with any Star Trek fans you know!  They will thank you for showing them the new Star Trek: Picard trailer!