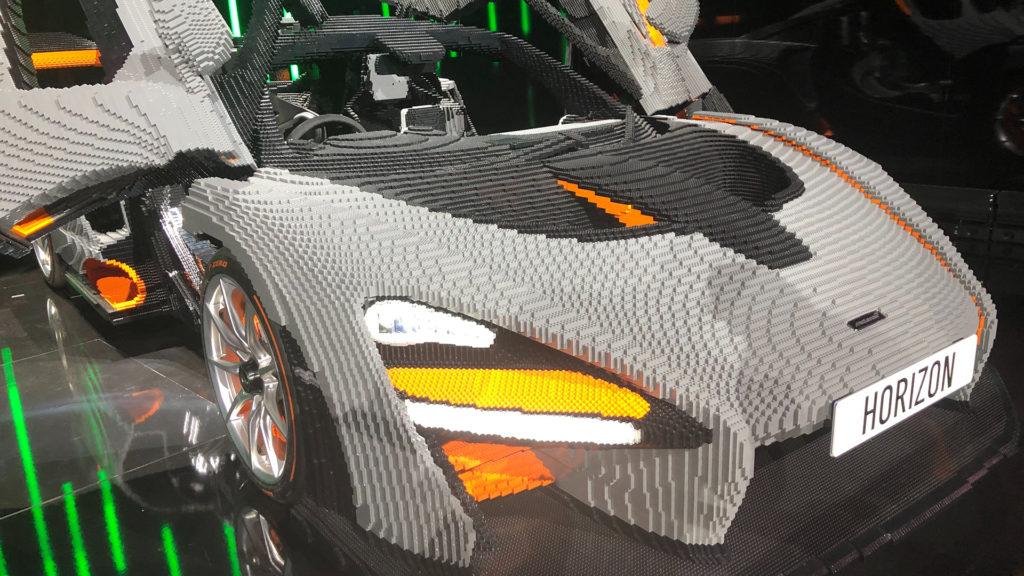 By now I’m sure you guys know that I am a huge gamer as well as a fan of really epic LEGO builds.  Like many gamers, I have been glued to the recent E3 press conferences and coverage and so when I saw this really amazing LEGO brick McLaren Senna made from over 400,000 bricks during the Microsoft press conference, I knew I needed to find out more and post about it on here!

During Microsoft’s E3 press event, they announced the new LEGO Speed Champions expansion for Forza Horizon 4 and to announce it they had a full size LEGO brick McLaren Senna made from over 400,000 LEGO bricks on stage.  While you can go watch the press event and see it as well as the announcement, The video below and pictures are the most detailed I have seen and really give you a sense of just how amazingly detailed this LEGO McLaren really is!

This incredible LEGO brick McLaren Senna has working lights, an infotainment system and sounds like the real car!  Check out the video below as Brazilian race car driver Bruno Senna walks you through all of the cool features of the car from the LEGO seats to the doors that are made entirely out of LEGO bricks.  I wonder how long it took them to make this thing?!

What do you think of this amazing build?  Does it make you more excited for the game’s expansion?  Do you even play Forza Horizon 4 on the Xbox One?  Let me know in the comments below!

I can’t say I play the game or care about the expansion but I love this car!  Now I just want to see the guys from The Grand Tour drive this thing!  (Yes, I know it doesn’t drive, I’m not an idiot)

If you want to see another really cool and massive build, check out the incredible Lord of the Rings Helms Deep LEGO sculpture.