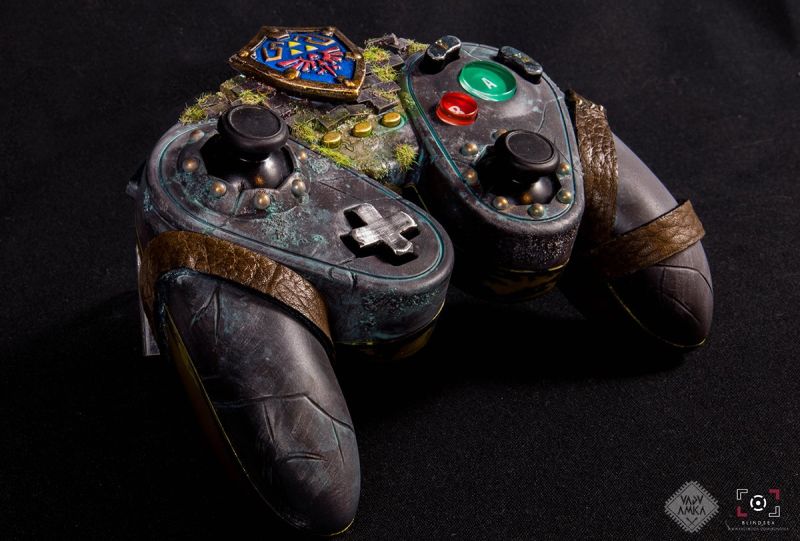 This beautifully done Legend of Zelda controller mod was created by console modder Vadu Amka.  They took a Wii U Fight Pad and re-sculpted it, painted it, put real leather straps on it and even though some moss on it to make it look extra incredible!  Oh, and the D-Pad was also replaced with a metal one so that isn’t just a metallic look, that is an actual metal D-Pad.

To say that Vadu did an incredible job with this is an understatement because all of the details from the Hylian Shield to the bricks to the leather straps to the moss look insanely well done!  If I had a choice of controllers to play with on the Wii U, this would definitely be my controller of choice!  At least I wouldn’t have to worry about the battery dying on me after a couple of hours like I do with the Wii U Gamepad.

Make sure to check out the additional pictures and even a video below showing the controller in all its glory!

Have you ever created an incredible controller or console mod?  If so, be sure to share pictures with us in the comments below or with the contact us page linked at the top.  The closest I have come is changing the faceplate on my PSP but I would love to see what you guys have done to customize your gaming systems!