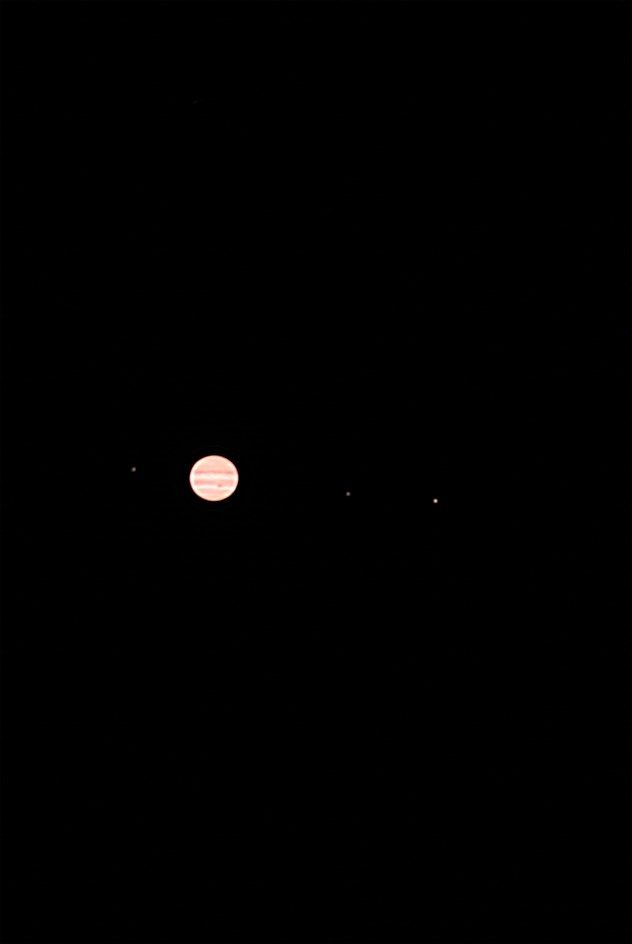 Its been a while since I have posted any of my astrophotography shots (which judging by the reactions I get on Facebook, you guys seem to love) so I thought I would share my latest images since I was lucky enough to have a clear night last Tuesday which allowed me to get out with my telescope and capture some photons.

Clear nights seem to be few and far between anymore so it was the first night in a month I had been able to spend an evening out with my telescope but with getting three images, I would say that kind of makes up for it.

So what did I get pictures of exactly?  And what are the technical specs of my setup that I used to acquire these images?

Well, the picture above features Jupiter and its famous big red spot as well as three of its moons.  From left to right the moons in the picture are Io, Europa and Ganymede.  This picture was taken by capturing 1500 fames at 1/60th of a second and then stacking them to make this image which is my best shot of Jupiter yet.

The second picture (below) is of M51 which is better known as the Whirlpool Galaxy.  This image was actually made combined with data I took a month ago to result in 2hr 45min worth of exposure time (5 minute exposures).

The last picture (below) is of globular cluster M3.  This is a cluster of about a half a million stars.  The exposure time on this was 1hr 6min which is made up of exposures of 60 seconds, 180 seconds and 300 seconds.

Overall I am pretty happy with the pictures.  Oh, I almost forgot to post the details of the rest of my setup!  Here is the list.

Is there anything you would like to see me shoot in the future?  Let me know in the comments below and if the skies cooperate perhaps I can make it happen!