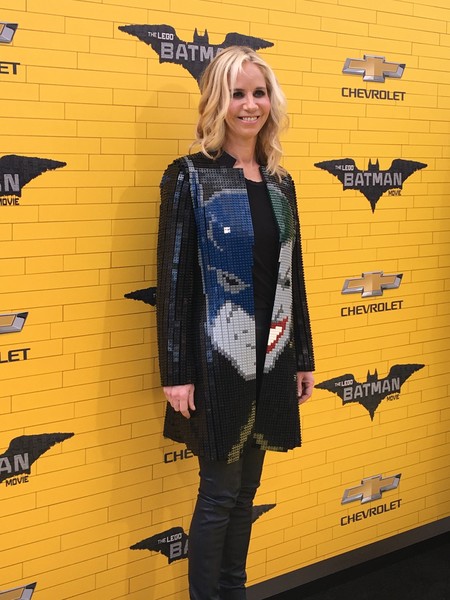 This fashionable LEGO Batman jacket masterpiece was created by LEGO brick artist Nathan Sawaya.  It took him about 100 hours to make this amazing LEGO Batman jacket which features Batman, the Joker and the Batsignal on the back.  The jacket was made for DC Entertainment President Diane Nelson for the LEGO Batman movie premier.

I’d say he did a heck of a job because it turned out looking fabulous!  Even if it does sound about as comfortable as wearing a jacket made of Skittles.

If Nathan’s name sounds familiar, its because he is perhaps the most well known LEGO brick artist there is and he has had his works of LEGO art featured here on Global Geek News on a number of occasions.  Some of his brick art that we have posted in the past includes things like a life size Conan O’Brien superhero LEGO build, a Jedi Statue of Liberty and a Green Lantern and Superman LEGO sculpture.  He really is the god of LEGO bricks!

If you have made any geeky LEGO builds, especially if they happen to be items of clothing like this stunning LEGO Batman jacket, let me know in the comments below!  I’d love to see pictures! 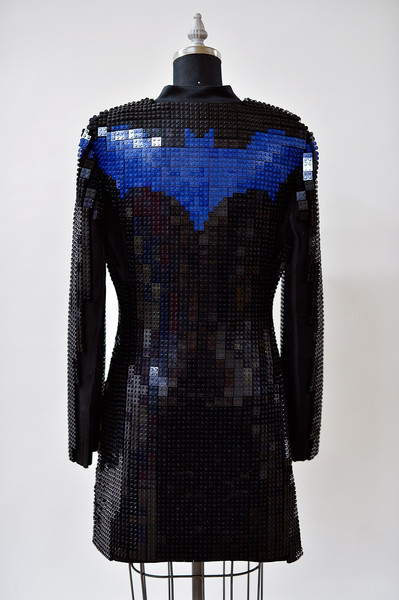 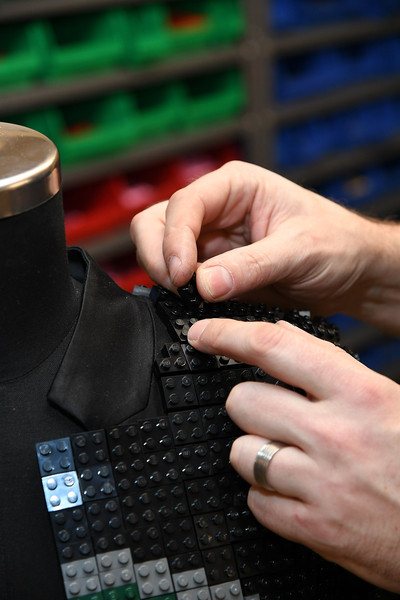