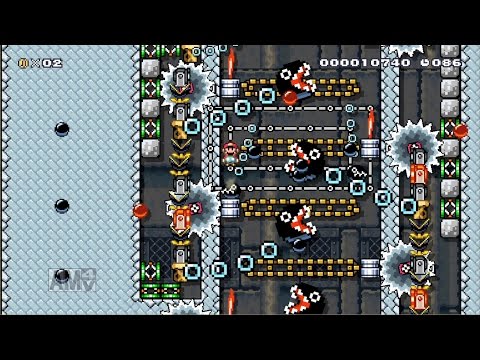 This level which is properly called ‘Tricky Mario: The Eternal Space’ was created by legendary kaizo maker Val JP.  To say that this level is insanely hard and completely chaotic would be putting it mildly.

While I can certainly handle doing some easier kaizo levels (basically ones that don’t require any of the harder tricks like mid-air shell jumps or spring jumps and such), I don’t see that I would ever be good enough to tackle a level like this.  Perhaps if I was younger and had the reaction times I used to then maybe after a few thousand hours of practice I might be able to beat this level but now that I am pushing 30, I am old and slow.  I know it would take me a lot more than the 31 hours it took Val to clear this level to even have some hope of beating it!

Have you made or played any really hard Super Mario Maker levels like this Tricky Mario?  If so, let us know in the comments below and feel free to share the level ID so we can give it a try!