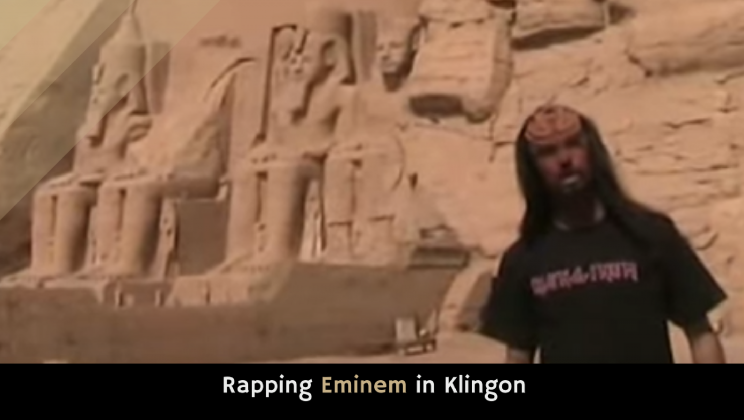 Being the huge Star Trek nerd that I am, it always makes me happy when I see somebody has performed a popular song or something in Klingon.  While I love Klingon opera as much as the next Star Trek fan, this is a bit of an appeal in rapping Eminem in Klingon!  In this particular instance, Eminem’s “Without Me” song is rapped in Klingon!

One of these days I would really love to learn to speak more than just insults in Klingon because I would love to be able to not only understand what is said in this video (yes, I am familiar with Eminem’s “Without Me” so I have a pretty good idea) but perhaps make videos like this myself.

I’m curious, how many of the readers here on Global Geek News speak Klingon?  Have you ever made anything cool like this video rapping Eminem in Klingon?  If so, I’d like to see it!  Feel free to leave comments in Klingon if you wish, Microsoft’s Bing translates Klingon pretty well so I should be able to read what you say without too much difficulty.