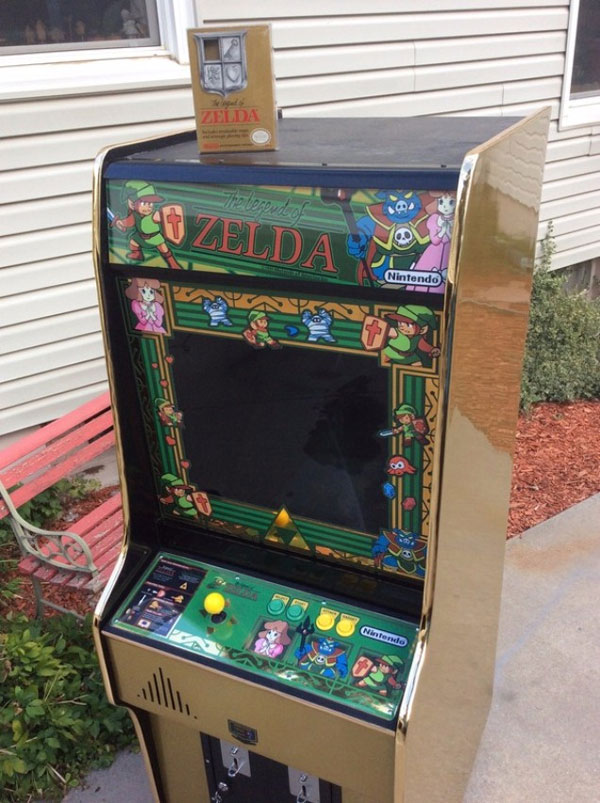 Perhaps the thing I miss most about my childhood is the amount of time I spent dropping quarters into machines at the local arcade.  There were tons of games I loved from the Simpsons’ arcade game to the X-MEN arcade game to just some good old Skee-Ball and Pinball.  It was a huge bummer when the arcade in the mall closed down and the old arcade cabinets slowly started disappearing from local restaurants.  Now I have dreams of turning my basement into an old school video game arcade with the old games I used to love but after seeing this Legend of Zelda arcade cabinet, should I ever make that dream come true, I want it as part of my collection!

This incredibly impressive Legend of Zelda arcade cabinet was created by Wyo of the Arcade Museum forums and I must say, they did one heck of an amazing job!

This Legend of Zelda arcade cabinet is powered by an NES and a 20″ CRT TV.  Here is Wyo giving some more details about this amazing build:

Basically, it’s an all wood construction. Primered and block sanded smooth and straight. I painted it with metallic gold automotive urethane, and then added a mid coat of .008 gold flake. After I cleared it, I wetsanded it 1000-3000 and then polished it. It turned out pretty cool. The whole cab shimmers in the light with the light bouncing off the flake.

The artwork was a lot of work. I had ro [sic] recreate all the images in illustrator. In my design, My intent with the art was to make it look DK/80’s nintendo ish. I then hand cut and gold chrome embossed the control panel and bezel. I will do the same with the side art and instruction sticker.

Inside, is a decased 20″ CRT and an NES wired to the arcade joystick and buttons. I was gonna do a playchoice ten….but now I’m happy I went with the NES. I can play all the NES games with an Everdrive N8.

I have no idea if its actually coin operated or not even though the coin slots are there but even if it isn’t, its still the coolest Legend of Zelda arcade cabinet I’ve ever seen and probably the only one to exist.  I bet Nintendo would be proud!

Have you ever built an arcade cabinet?  If so, tell us about in in the comments below! 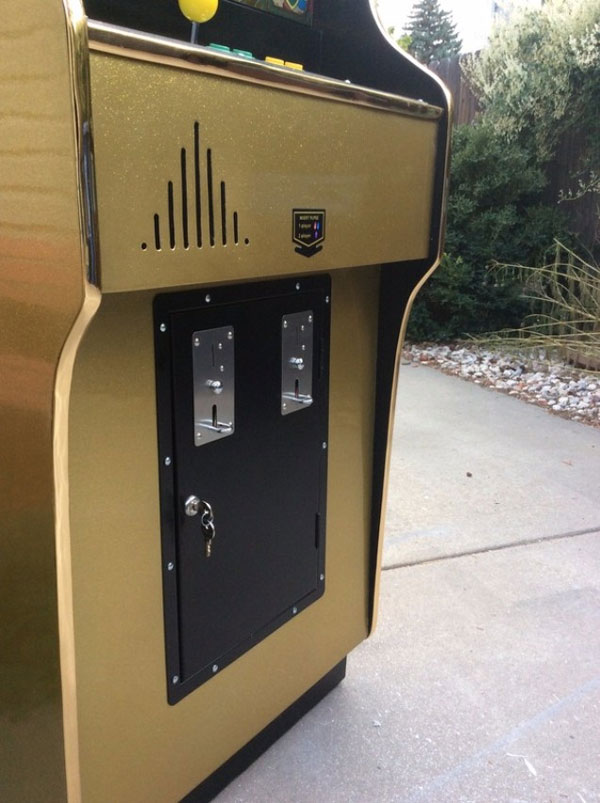