As I know I’ve mentioned many times, Star Trek: Deep Space Nine is by far my favorite Star Trek show.  While I certainly love the others too, I think it was just far better than the others for a variety of reasons.  And one of those reasons is the Ferengi focused episodes!  I always enjoyed anything with the Grand Nagus in it because those were always fun episodes.  Speaking of the Grand Nagus, this amazing Star Trek: Deep Space Nine Grand Nagus Zek cake was created to celebrate Star Trek’s 50th Anniversary!

This incredible and very well detailed Grand Nagus Zek cake was created by Emma Ball from Richard’s Cakes.  She created it for the Cake: The Final Frontier – A Celebration Of 50 Years of Star Trek Collaboration.

Apparently as part of this years big annual Star Trek convention in Las Vegas, with it being the 50th Anniversary, cake and sugar artists from around the globe came together to show off their amazing Star Trek inspired creations and this Grand Nagus Zek cake was among them!

Sadly, I have no information on the delicious details of this cake but I am quite impressed with the level of detail and effort put into it, especially with the Grand Nagus’ staff.  I’d say Emma did a really incredible job with this amazing looking Grand Nagus Zek cake!

Now I feel like watching some DS9 all over again even though I’m in the middle of watching Voyager all over again.  The Star Trek shows just never get old!

Now if you will excuse me, I need to figure out a scheme to have me swimming in gold-pressed latinum! 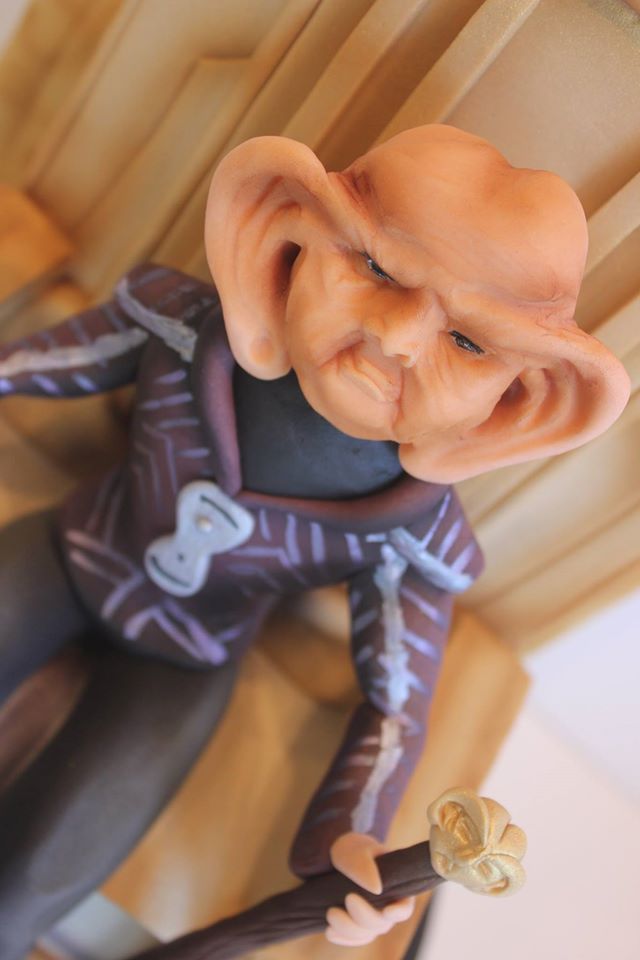