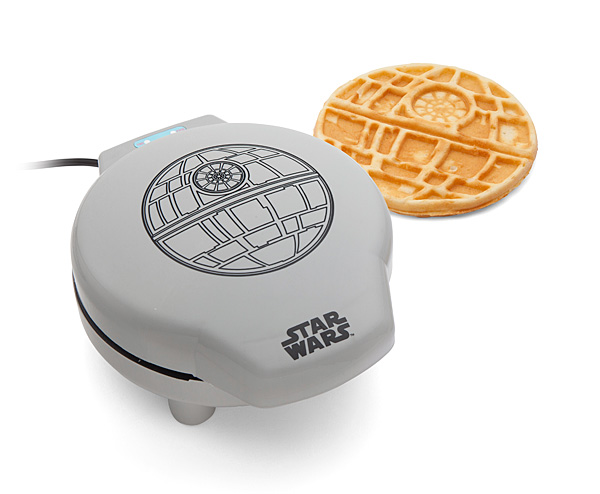 While I do love waffles, when given the choice between waffles or pancakes, I am more of a pancakes guy, especially when you start talking about the various kinds of pancakes like pumpkin pancakes or New York cheesecake pancakes.  However, I might be more tempted to eat waffles if the waffles that were offered to me happened to be these amazing Star Wars Death Star waffles!  After all, nothing says ‘eat me, I’m tasty!’ quite like the Dark Side.  And now you can eat Death Star waffles whenever you want thanks to this incredibly geeky Death Star waffle maker!

If you want to check out this Death Star waffle maker in action, you can give the short video below a watch but I should warn you, it WILL make you hungry for waffles.

And now I’m off to IHOP for waffles because I didn’t eat breakfast and I made the mistake of watching that video.

Do you have any special waffle recipes worth sharing?  Do you have any favorite toppings or syrup you like to have on your waffles?  Let us know in the comments below so we can enjoy the delicious goodness with you!  And don’t forget to let us know if you pick up one of these awesome waffle makers so we can come to your house for breakfast!