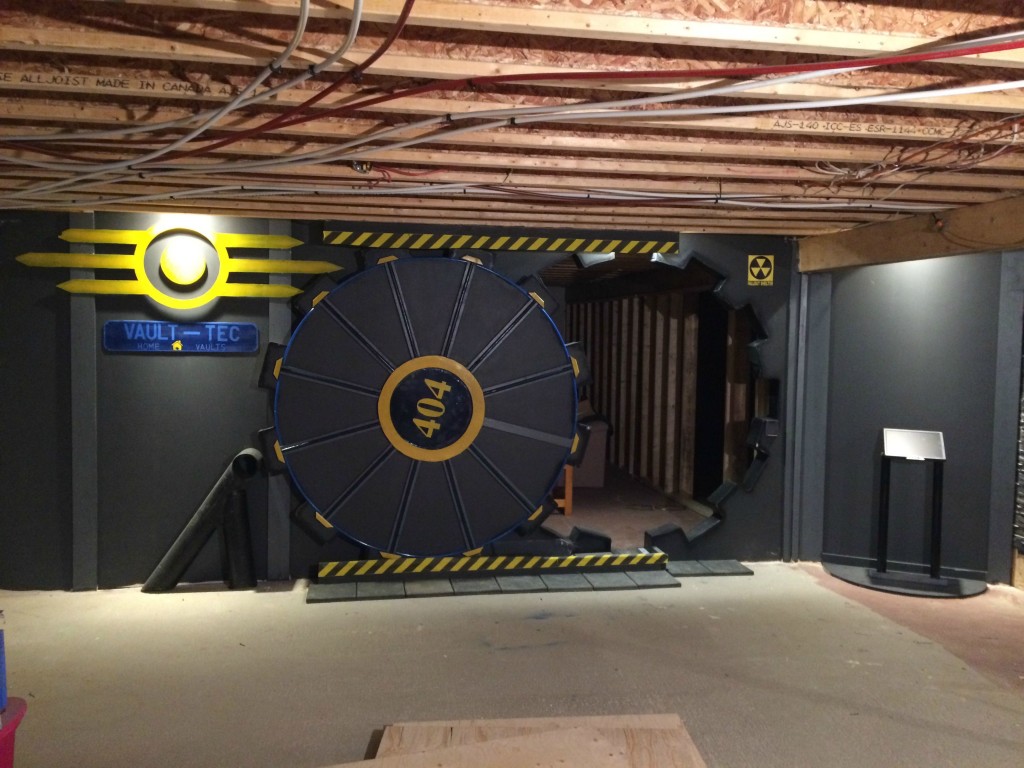 If I ever stumble across a large pile of money, I have long had thoughts about turning my basement into an old school video arcade although it never occurred to me that I could build a vault for the door.  Well, apparently one fan of the Fallout franchise had just such an idea for his gaming room so he built a giant Vault-Tec door for it!

Fallout fan and redditor BIG_HAIRY_AZZZ built this incredible Vault-Tec vault to secure his gaming room rather than just a boring old door.  It only cost him about $300 to build since much of the materials needed were left over from building his house.  For those curious, the door has to be manually operated (see the image below) and it weighs about 100 lbs.

The only problem I see with this is that rolling the fault back and forth will likely get old really quick and just end up staying open all the time.  Its still cool though!

If you build anything incredibly geeky and cool like this at your house, make sure to let us know!