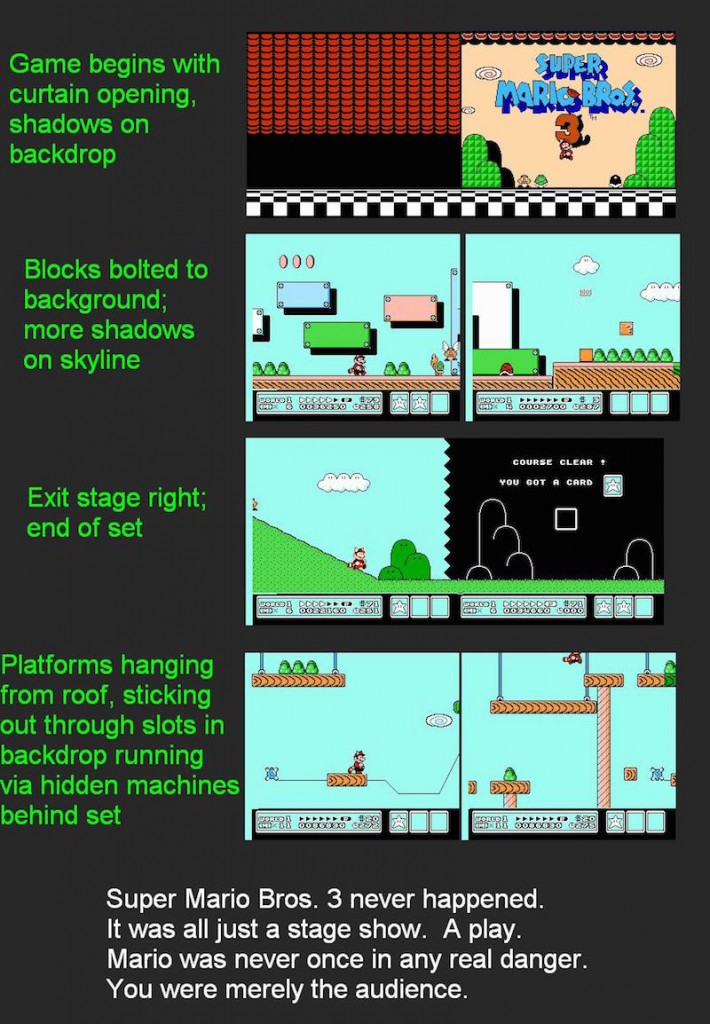 I’ve been a fan of Super Mario Bros pretty much my entire life but I can’t say I have ever paid much attention to the various myths surrounding the franchise.  Well, with Super Mario Maker coming out tomorrow, Mario creator Shigeru Miyamoto made a video addressing various myths about the games including who Mario was named after, whether the Mario shown on the original game’s box art is about to die, whether Super Mario Bros 3 was just a performance and many more!

Below I have posted the image that has apparently been going around for years that explains the Super Mario Bros 3 performance myth and Miyamoto’s video is below that.

Are you going to be getting Super Mario Maker?  Let me know in the comments below!

There are so many myths about Mario… Mr Miyamoto reveals the truth. #SuperMario30 http://t.co/OsjfUzSW6D