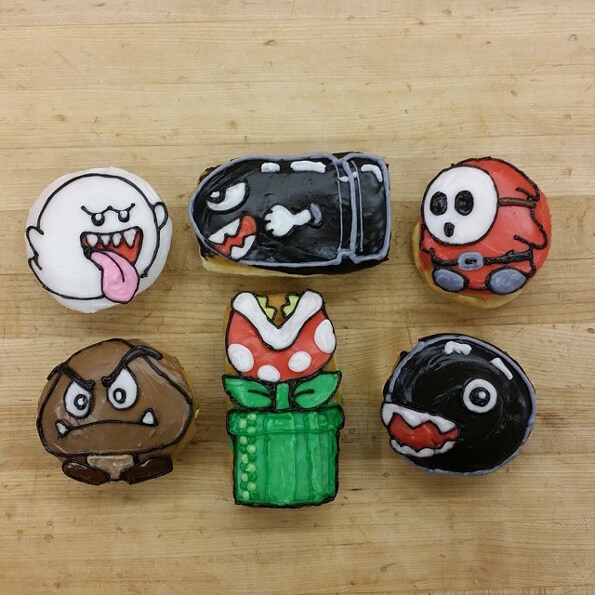 Its not very often that I eat donuts, perhaps once a month or so but when I do, there are days that I spring for donuts that are more than just your plain glazed donut.  We have a donut place around here that makes all sorts of kooky combinations of donuts like green chili donuts or vanilla cheesecake donuts and even donuts with almost every type of cereal on top.  Well, as much as I love a good vanilla cheesecake donut, I don’t think it can top this incredible looking Super Mario Bros inspired donuts!

These Super Mario Bros donuts were created by Timmy Hanno.  He did a great job creating a Boo donut, a Bullet Bill donut, a Shy Guy donut, a Goomba donut, a warp pipe donut and a chain chomp donut.  Just talking about all of these donuts is making me hungry!