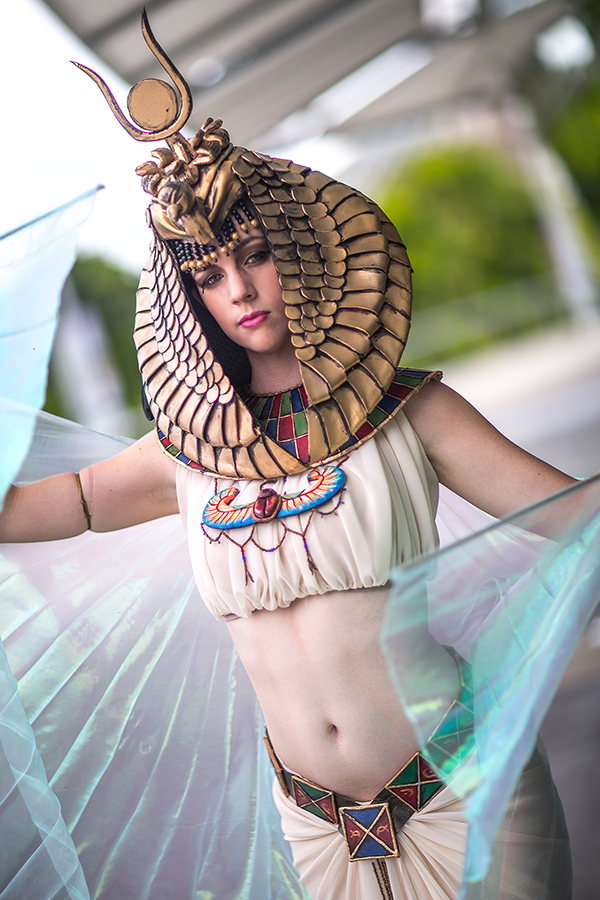 Although I got my start in blogging (long before the term was invented) by writing for various Command & Conquer fansites, I think I have always preferred the Age of Empires series to C&C.  Of course one of my favorite Age games is Age of Mythology.  It brought a lot of fun mechanics to the series and it was just a lot of fun to play with friends a little more so than some of the other games in the series in my opinion.  Anyway, before I talk about Age of Mythology all day, I better get to the point of this post and that is some amazing Isis cosplay!

This spectacular Age of Mythology Isis cosplay comes from cosplayer Major Sam.  I found her post about her recent Age of Mythology cosplay on Reddit and I knew I had to share it because not only is it awesome, I think it is also the only Age of Mythology cosplay I have ever seen.  Of course it doesn’t hurt that Isis is my favorite goddess to use in the game as well.  I think it turned out great and I look forward to seeing the cosplay she does in the future!  If you want more pictures of this cosplay, hit up the source link below as she has a couple more pictures on her Facebook page.