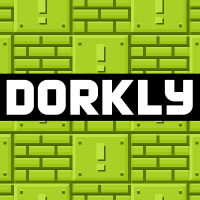 For pretty much as long as video games have been around, there have been power-ups in them that give you all kinds of crazy abilities.  From flowers that make you spit fire to heat seeking turtle shells, power-ups can do some pretty great things.  That is assuming you aren’t on the wrong end of them though.  Nothing can trigger a tirade of profanity quite like a blue spike shell right as you are about to cross the finish line.

However, what do you think things would be like if the power-ups accidentally got mixed up between games because of a comma?  Well, you are about to find out exactly what would happen!  Of all of the examples, I think I would most want to play Legend of Zelda with mushrooms.  Making bosses say uncle would be pretty awesome.  Thanks to the awesome folks at Dorkly for playing out hilarious little scenario with one of their fantastic Dorkly Bits videos which I have posted a number of in the past.  Just search for Dorkly Bits on the right and some great ones should show up.  I suggest checking out the Teenage Mutant Ninja Turtles one as it is my favorite.  Anyway, on with the power-up screw up!

After you finish laughing at the video below, let us know in the comments what your favorite video game power-up is!