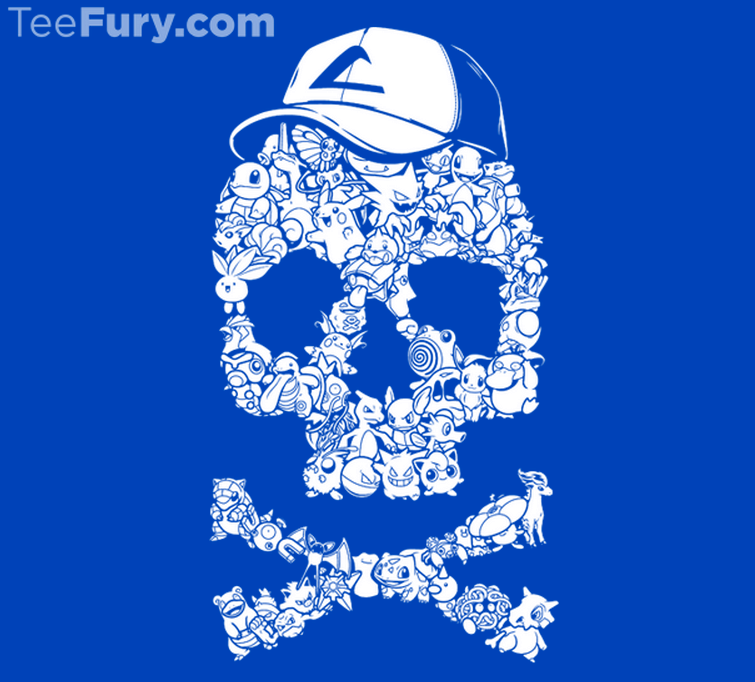 As much as I like pirates, the skull and bones thing has never had a huge appeal to me like they do a lot of people.  I guess I have always seen then as too creepy to really be something that I would be interested in wearing or tattooing on myself.  Perhaps my distaste for them stems from my rather conservative upbringing but who knows.  However, the one thing I do know is that ever since I was a kid, I have had a huge love for Pokemon, so even though the skull and crossbones have never really been my cup of tea, I still think this shirt which is on sale today only is pretty cool!

The incredible folks over at TeeFury are selling this Pokemon skull and crossbones t-shirt featuring Ash’s hat and the original Pokemon known as Trainer for Life for just $11 today only!  This cool yet creepy Pokemon shirt was designed by the artist known as harebrained.  I’d say they did a pretty good job and I have to commend them for using the original 151 Pokemon to make this design rather than the zillion Pokemon they have now.

Even though I’m not a skull and crossbones kind of guy, I still think I might get this shirt because its cool and I will always be a huge fan of the original Pokemon.  Let me know in the comments below if you ordered one of these shirts!