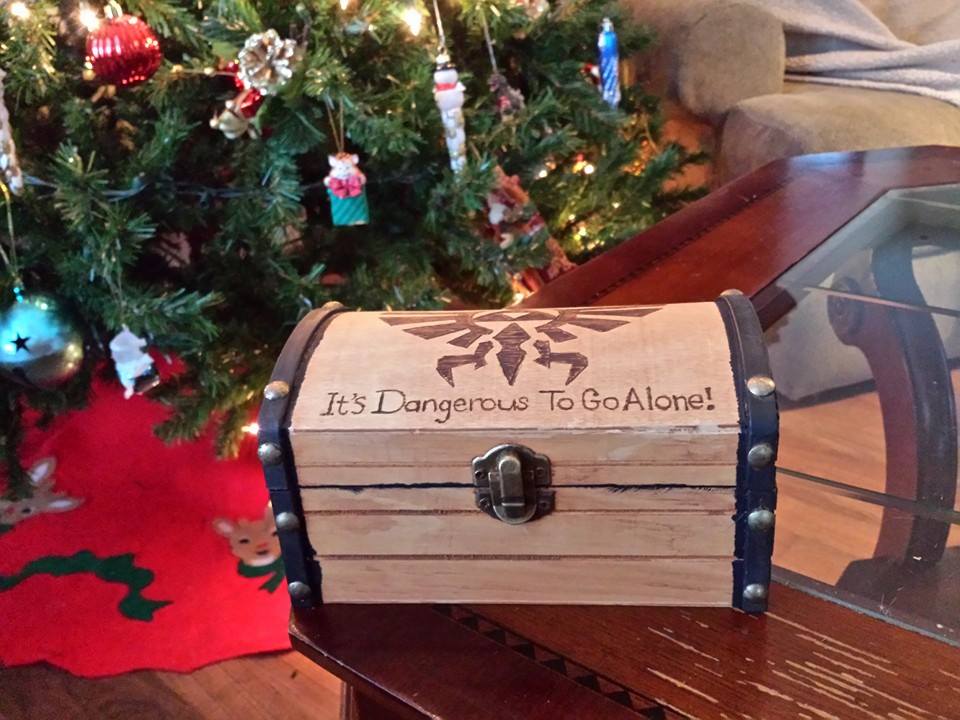 Well, speaking of getting engaged, it looks like one Legend of Zelda fan went a bit above and beyond with their engagement ring box.

Reddit user Blakplague bought this amazing Legend of Zelda treasure chest engagement ring box from Etsy seller Turbo Toaster Studios.  There is no update to say whether the special person they proposed to said yes, but I think it would be rather hard to say no to something that cool!

If I ever find that special someone that I want to get married to, I hope they are also big Legend of Zelda fans so I can do something just like this!  I suppose that is putting the cart in front of the horse though as finding that special someone seems pretty much impossible and I feel more like I am destined to be alone with every passing day.

Congrats to this couple though!