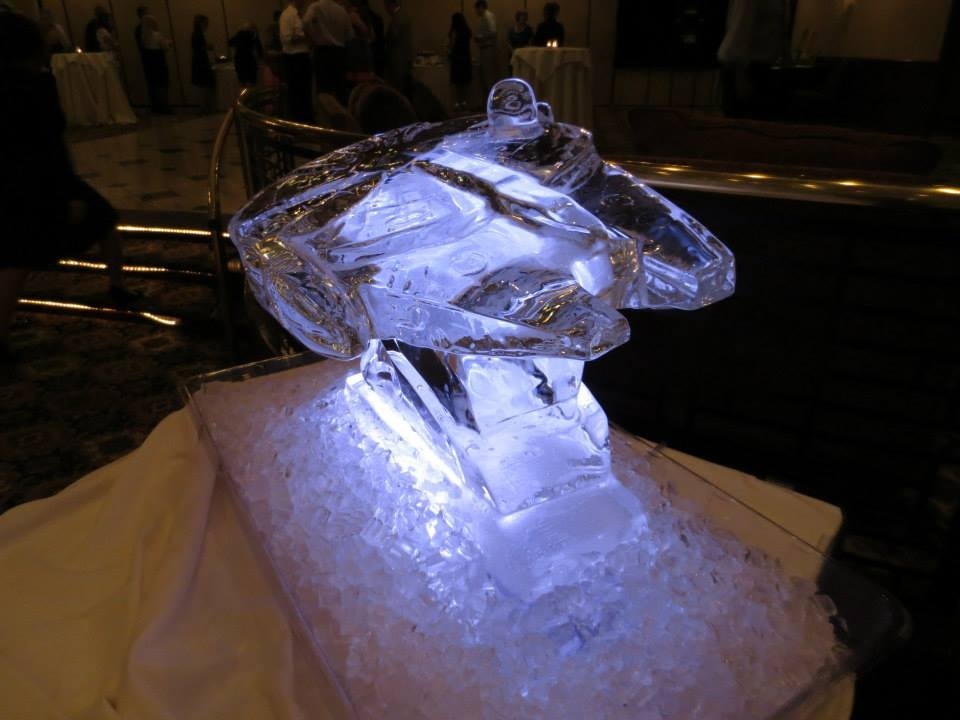 As cool as ice sculptures can be, I just don’t see the point.  They look neat but I don’t want to deal with a wet mess and it seems kind of silly to pay that kind of money for something that will be a puddle of water in a couple of hours.  Well, its probably a good thing that I’m not the only making the decision to make them because if I was, I wouldn’t have this cool Millennium Falcon ice sculpture to show you!

I stumbled upon this awesome Millennium Falcon ice sculpture over on Reddit a while back.  Apparently Redditor MissKitty_Fantastico had this at their wedding recently (congrats to the happy couple!) and if that wasn’t geeky enough, they entered to the Star Wars Meco disco remix and cut their cake to the Imperial March.  Sounds like a pretty cool Star Wars wedding to me!

If you want to check out more cool Star Wars ice sculptures, I’d suggest checking out the ones I have posted in the past like the R2-D2 and C-3PO ice sculptures, the AT-AT ice sculpture and the Imperial Star Destroyer ice luge.