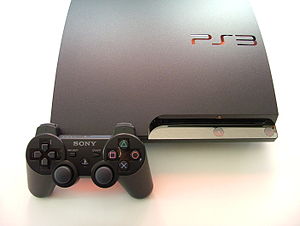 For about as long as Global Geek News has been around, I have been rather critical of Sony.  I own many of their products from Walkmans to the PS3 because they are good products, but unfortunately, Sony doesn’t understand that community is what takes a good product and makes it great.

A company can have a good product but what makes it really stand out is when a community can get behind it and take it to heights that the original designers never dreamed of.  Look at Apple’s iPhone, if it wasn’t for the App Store, it wouldn’t have sold half the number of iPhones it has.  What makes the iPhone great is having a community of developers willing to support the product and bring functionality to a cellphone that we would have never dreamed of for a phone just 5 years ago.  Unfortunately, Sony doesn’t see this value and is repeating their past mistakes again because of it.

I have called Sony out countless times for their boneheaded moves with the Playstation platform (Examples:  Sony sets the PSP Go up for failure, Sony says all your actions belong to us, & this topic has been discussed on many podcasts), but it seems they have learned nothing.  Sony has decided yet again to block homebrew, but this time they have done so on the PS3 with the 3.42 firmware.  Sony has been making a huge mistake for years in trying to squash homebrew on the PSP (only to fail at every attempt) and are now fighting the same losing battle on the PS3, but this time it makes even less sense.

With the PSP, Sony’s excuse for trying to squash homebrew and custom firmware on the PSP is that so people can’t run ISOs of games since piracy is a big problem on the platform.  They have even gone so far as to blatantly ripoff the most popular bit of homebrew from the early days of the PSP, a shoutcast steaming radio receiver called PSP Radio (Great application!) so that people would be less interested in enabling homebrew on their handhelds.  Now, Sony is trying to squash the same homebrew movement on the PS3.  First, they disabled Linux from running on the console (I still have it on mine as I refuse to upgrade to the latest firmware) and now Sony has patched the “jailbreaking” vulnerability in the PS3 that has gathered a lot of attention thanks to Sony getting a court order to stop sales of the devices that would “jailbreak” the console and stories like this one where Sony is able to ban the jailbreakers from the Playstation Network.  Although they are certainly trying, Sony can’t use the same excuse here about pirated software since the ability to play games from ISO images has not been enabled in the jailbreak.  This is Sony just trying to squash homebrew yet again so that people will hopefully buy their games or the games from their partners instead of getting games from some kid writing them in his bedroom.

Going back to Apple, they have found a way to embrace the developer world and their products have become wildly successful because of it and if Sony wants to have a future, they need to get on board and do something similar.  Even Microsoft has embraced the small developers by allowing them to publish games on the Xbox Live Marketplace that they create with Microsoft’s XNA software.